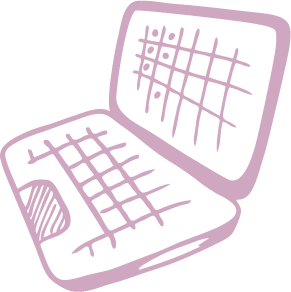 A contraceptive’s ability to prevent pregnancy (efficacy) is contingent on a variety of physiological, social, and relational factors. These include the user’s and their partner’s reproductive health and fertility, such as sperm and egg quality, presence of cervical mucus, access to nutritious food and age, among many other factors. Efficacy varies depending on how the method works, how easy it is to use, how accessible it is for individuals, and whether it requires complex troubleshooting. Efficacy is also impacted by the user’s understanding of the method, by the clarity of their motivation to prevent pregnancy, whether they use the method consistently and correctly, and whether the user has autonomy in sexual decision making.

Much research is completed by pharmaceutical companies with financial stakes in the results of the work, so there is bias involved in research studies that do exist which are longitudinal or have large sample sizes. There is no financial incentive to do research on methods from which pharmaceutical companies cannot profit, or which cannot be patented, and thus we have unequal volumes of literature on efficacy.

Statistics about efficacy are generally expressed with qualifiers of use, for example perfect vs. typical use, and user-dependent vs. user independent. Because no method of birth control has been demonstrated to be 100% effective, efficacy statistics are measured against the rate of pregnancy over 1 woman-year when no form of contraception is used (about 85%). Further, the rate of complications and side effects is measured against the rates of complications of pregnancy (assuming that is the likely outcome if no contraception is used).

How is contraceptive efficacy measured?

Pregnancy rates in birth control statistics are often described using the Pearl Index (PI), which refers to the number of pregnancies divided by the number of women-years of exposure to pregnancy while using a method. This PI is expressed as the pregnancy rate per 100 woman-years, where a woman-year is defined as 13 menstrual cycles. If out of 100 women using a contraceptive method for 13 cycles one becomes pregnant the PI is 1.0.

The Pearl Index has been criticized because it does not account for the passage of time; it cannot distinguish between a small number of people being followed for a long period, or a large number for a short period (Powerll, 1986, p. 218).The woman-year being used to calculate failure refers to exposure to pregnancy but does not normally differentiate between factors that affect fertility among the study subjects. Sometimes studies differentiate whether users are nulliparous or parous, but do not group subjects according other factors such as age.  Failure rates of most methods decrease with time since users most prone to failure will become pregnant soon after starting a method. Over time the cohorts of people using the method are increasingly comprised of those who use the method consistently and correctly, are highly motivated, or are infertile.

Further, rates of method failure are often underestimated because all months while using a method are considered when calculating failure, regardless of whether intercourse occurred during that cycle. Clinical trial participants are not representative of the general population and the routine daily recording of contraceptive use mandatory in trials enhances adherence. Use of placebo is unethical in trials of a contraceptive method since all contraceptive users wish to avoid pregnancy.

Perfect Use vs. Typical Use

Perfect use of birth control methods entails using a method both consistently (at each opportunity where there is sexual activity that can lead to pregnancy) and correctly (following all instructions of exact use). For example, perfect use of a diaphragm refers to when the user has been fitted with an appropriate diaphragm size, has been properly trained on inserting the diaphragm correctly, they use it before each intercourse that can lead to pregnancy, they use it with spermicide every time, they wait the specified amount of time before removing it after intercourse, and they can anticipate sexual intercourse and have a discussion with the partner if need be. When these instructions are followed, the efficacy rate is 94% - in other words, 6 pregnancies will occur in 100 women who use the diaphragm correctly for one woman-year (Allen, 2004, p. 97).

Perfect use measures often overestimate a method’s efficacy, because they do not account for the cyclical nature of fertility and variations of individual fertility. In this example perfect use of the diaphragm entails using it at every chance of ejaculation inside the vagina, assuming the chance of pregnancy remains constant. We do not have efficacy studies in which users of barrier methods have sex only on fertile days to measure failure rates more exactly, or studies in which charters have documented in detail the impacts of endocrine disrupting methods on normal fertility markers. Fertility awareness is the only method that is based on understanding and the cyclic nature of fertility and making decisions around one’s intentions given the chance of pregnancy on a day to day basis.

Typical use in fertility awareness would entail not only user decision to have intercourse on a day they know to be fertile, but their skills in determining fertility. In the case of the diaphragm, typical use can include when for example the user is not fitted with the proper size, they do not feel confident in their ability to insert the diaphragm, they are not comfortable with it, or forget to use spermicide, or they neglect to use it sometimes during intercourse within the fertile window, or remove it too early after intercourse, this is considered ‘typical’ use. In other words, typical use refers to the efficacy of a method in less than ideal circumstances in which people are not perfect. Using the diaphragm in this way leads to a failure rate of 18%. In other words, the effectiveness is 88%.

Typical use measures are often thought to reflect inconsistencies or inaccuracies by the individual user. Some contraceptive research describes the difference between perfect use vs typical use as that between the method’s inherent efficacy vs its effectiveness in ordinary circumstances. Yet typical use measures are often indicative not only of individual human error, but of larger socio-cultural, environmental, and systemic factors that may be at play. Currently there are few clinicians who are still trained on how to fit diaphragms, and many do not find them effective when compared to CEDs and thus do not include this method in birth control counselling. Users who are not comfortable enough with their bodies to insert something in the vagina may not have received sexuality education or may be coping with a history of trauma. They may not use the method every time there is a chance of pregnancy because of ambivalence regarding their intentions to avoid pregnancy, or because of lack of agency in sexual decision making.  .

Generally, perfect use and typical use are discussed on an individual basis, without much attention to the systemic factors of inequality that may impact people’s ability to have free and informed choice of methods, to have access to their desired method, to have the sexuality education necessary to know when pregnancy is possible, or the time and space to be intentional with one’s reproductive goals.

Methods that are user-independent are considered the gold standard or “top tier” in the conventional biomedical model of sexual health. Due to factors discussed above, the difference between typical use and perfect use failure rates tends to increase proportionately to how much the method depends on user adherence (that is, the three Cs – correctness, consistency, and continuance). This difference reveals how forgiving imperfect use a method is, and how difficult it is to for an average person to use the method (Trussell, 2011, p. 397). Methods less dependent on the user have typical failure rates closer to perfect use rates. (see Table from SOGC below)

User-independent methods include the so called ‘get-it-and-forget-it’ forms of birth control such as surgical methods and Long Acting Reversible Contraceptives (LARCs). These forms are more effective at preventing pregnancy not only because they are not dependent on societal factors affecting the individual, or the user’s own adherence to routines, but because they manipulate the reproductive body at a cellular level. For this reason, methods which are user-independent also tend to carry the largest risks of side effects and complications.

As you review effectiveness studies, keep in mind the behavioural complexities of contraceptive use. Statistics about contraceptives do not tell complete pictures of the lived experience of fertility, and thus the need for contraceptive counselling that attends to challenges of willing our reproductive intentions into fruition.

What is the effectiveness rate of fertility awareness methods of birth control?

Certain fertility awareness based methods (FABMs) may be considered 'generic' in that they have adopted systems and techniques from evidence-based methods developed by institutes (mostly Catholic NFP based) who have provided funding for research and development. Most generic methods are secular adaptations of NFP methods. There are many FABMs, some more sophisticated and effective than others.

According to a comprehensive study undertaken by the World Health Organization reported in the early 1980's and referenced in The Canadian Consensus Conference on Contraception published in 1998 by the Society of Obstetricians and Gynecologists of Canada, this is what is known:

1.     Failure of these methods may be attributed to improper teaching and understanding of the method, and not practising abstinence during the fertile times, or conception occurring due to mathematical calculations of the "safe" days of the cycle that may or may not correlate with real symptoms of fertility (e.g.rhythm method, calendar method, cycle beads, standard days method).

2.     95% of women are able to learn the sympto-thermal method of natural family planning, meaning a method that incorporates observations of cervical mucus and basal body temperatures (BBT).

3.     Perfect use can result in pregnancy rates of less that 5% in couples using the sympto-thermal method.

4.     In a large study, a success rate of 99.6% was achieved for couples that only had intercourse on those days, both pre-ovulatory and post-ovulatory, determined by the ovulation method (based on observation, charting and interpretation of cervical mucus secretions alone) to be infertile

What is perfect use for the Justisse Method?

Perfect use of the Justisse Method of Fertility Management would mean that a woman and her partner strictly observe the rules for avoiding pregnancy set out by the method.

Perfect use also requires that the intention not to become pregnant over rides any doubt about fertility or any consideration to take a risk with an act of unprotected intercourse during a potentially fertile day.

The Justisse Method supports all ways of achieving maximum effectiveness including abstaining from intercourse, alternative forms of sexual expression or the use of barrier methods during the fertile period or on days where doubt of fertility exists. If barrier methods are used during the fertile period, effectiveness rates for these methods - both for typical and perfect use - apply.

The Justisse Method also supports the use of emergency contraception should an act of unprotected intercourse, after the fact, suggest the risk of pregnancy.